On this episode of Thinking Out Loud, host Vicki Lins sits down with Miheer Walavalkar, CEO and Co-Founder of LiveLike, an audience engagement platform, for an insightful conversation on emerging technology and the next era of content consumption: social, immersive viewing.

Samuel Westberg, chief commercial officer at interactive tech firm LiveLike, tells TBI how the pandemic has kick-started interest from broadcasters in engaging their audiences and why now is the time to act.

The public health lockdown has presented the world with a giant pile of questions. How do we protect the elderly? What should I do with my life? How can I cope with so much uncertainty? What will it be like when we go back to Live?

France’s Canal+ has struck a deal with an audience engagement platform that allows viewers to interact more closely together.

The agreement with US-based LiveLike provides Canal+ viewers with a range of interactive offerings available during live broadcasts, such as polls, quizzes, predictions and alerts.

The tech was used within the my Canal platform this weekend during the pay-TV operator’s coverage of Ligue 1 soccer, enabling fans to engage with each other while watching the live broadcast.

It has previously been adopted by companies including Turner Sports, Sky Sports and FloSports, with other networks exploring the potential to use the platform to enhance social viewing experiences for news and entertainment programming.

Samuel Westberg, LiveLike CCO, said Canal+ had been “amongst the first European broadcasters to believe and invest in digital” and added that he was “thrilled that they trust us to power the next phase of their audience engagement strategy.”

LiveLike was founded in 2015 with a focus on sports and has spent the past two years developing services that drive  engagement opportunities to media companies.

This week’s episode of the Fluid Fan Podcast features a conversation on Co-Watching and Immersive Media with LiveLike CEO and Co-Founder, Miheer Walavalkar. Angela Ruggiero and Miheer discuss how LiveLike is helping existing broadcasts and apps create a social and immersive experience for Fluid Fans. Hear how LiveLike’s SDK allows for a simple implementation process and a number of immersive gamification opportunities. Learn about the various partnerships and platforms LiveLike’s technology leverages to offer Fluid Fans the ability to connect with fans across the globe.

Spain’s top tier soccer division LaLiga was buzzing on both sides of the Atlantic this week. In the States, LaLiga North America is partnering with digital technology company LiveLike to host a series of star-studded watch parties, while on Tuesday, LaLiga’s Madrid offices hosted a digital presentation of the technologies being improved and implemented this season to upgrade the home viewing experience.

Planned for five of the season’s most highly-anticipated matches, the first being Oct. 24’s El Clásico between Barcelona and Real Madrid, LiveLike and LaLiga North America will invite a group of Spanish soccer superfans to an exclusive watch party hosted by a LaLiga legend.

For more insights from Walavalkar on social sports watching, check out today’s episode of “SBJ Unpacks: The Road Ahead” podcast

The Reimagine Football Winners: The best innovative ideas for football during the coronavirus period

How can we use innovations to advance football during the coronavirus epidemic? The Football Innovation Platform (which consists of KNVB, UEFA, City Football Group, Johan Cruijff Arena and Ajax) posed this question to all innovative companies worldwide. This challenge, named “Reimagine Football”, resulted in 329 submissions from 38 different countries. The winners per theme were announced yesterday after the final pitching event.

Andrea Traverso (UEFA): “The need for innovation and the ability to adapt quickly to changing trends and circumstances in European football has become more and more apparent, especially during the COVID-19 pandemic. Partnering with leading industry stakeholders to tackle the challenges European Football is facing today and tomorrow is of key importance to UEFA and its UEFA Innovation Hub. We strongly believe innovation is a team sport and Reimagine Football has enabled stakeholders to engage united with start-ups to find innovative solutions to the new challenges our sport is facing.”

Gijs de Jong (KNVB): “The way fans and players want to experience football is changing quickly. Therefore, innovation is one of our 5 strategic themes at the KNVB, with specific focus on association-specific topics as amateur football competitions and referee technology. Reimagine Football is a great example of how leading football organizations cooperate closely in the field of innovation. It shows how we can activate companies to share their ideas and that sharing knowledge and expertise within the football community can make development of our sport better and faster. We aim for long-term cooperation to continuously develop football together!”

The winning organisations are as follows (per theme):

The members of the Football Innovation platform and the 27 selected finalists will use the coming period to further investigate how the solutions can be applied in practice at the stadium, with media content, or at amateur pitches.
Full Article

The partnership will launch with Georgia Tech athletics using a custom-built mobile application by WMT Media and integrated with LiveLike’s technology. Starting Sept. 10, students, fans, alumni and recruits will have access to interactive features that sync to live events from their mobile device.

LiveLike and WMT Digital are pioneering a new partnership with Georgia Tech to enhance the university’s athletic program with interactive features for fans. Georgia Tech’s athletics platform and app will sync to live sporting events for a seamless viewing experience.

The National Basketball Association (NBA) and US broadcast partner Turner Sports have teamed up with social streaming platform LiveLike to create live group viewing experiences during the 2019/20 playoffs.

Through a new tie-up with streaming tech provider LiveLike, Turner Sports and the NBA will host private group chats synced to playoff action in the NBA app and on NBA.com starting next week.

LiveLike has powered similar experiences during SkySports’ English Premier League telecasts and has an ongoing deal with FloSports, a multi-sport streaming network.

NBA fans will be able to access the functionality for games airing on TNT and NBATV and can invite others by sharing a unique link. The Twitch-like chat experience will be available on mobile devices and computers, with messages tied to users’ in-game time stamps in an effort to prevent the spoilers that can result from viewers watching games with differing amounts of delay.

“Bringing an interactive fan experience to the NBA Playoffs with Turner Sports is a key milestone for our company,” LiveLike CEO Miheer Walavalkar said. “One of our first investors was the late David Stern, and making sports viewing a more social experience was something we talked about often.”

You could say Tex Schramm saw this coming. Back in 1980, the NFL Hall of Famer, who had a hand in everything from the NFL-AFL merger to the popularity of the Cowboys cheerleaders to the use of instant replay in officiating, told Skip Bayless (of all people) that one day the league would play its games on a “made-for-TV soundstage” without fans.

LiveLike CEO Miheer Walavalkar has guided his company through a similar transition. For him, the “oh dear God” period lasted closer to two weeks. A year ago, the company prioritized its Watch Party toolset, which allows fans to videochat with each other while watching a game in the same app, recreating a bit of the social aspect of attendance from anywhere. But then a dearth of games threatened to halt Walavalkar’s momentum entirely. “No one knew where things were going,” he said.

Once Sky Sports debuted its Watch Party implementation with the return of the English Premier League, however, the ball started rolling again, this time faster than ever. Walavalkar estimated his number of potential partnerships has jumped six-fold. A recent deal with FloSports will now also see LiveLike’s tech used to experiment with athlete interactions and fan-generated noise.

“Everything that we’ve been proponents of for the past few years is coming to fruition as everyone is taking it seriously,” he said. “They see it as more of a necessity now than a nice-to-have. They’ve been forced to get outside their comfort zone and start looking from a product-development standpoint. And the pause in programming meant there was more time to spend on it. It’s not that they didn’t believe in it. It’s that they hadn’t had the time.” Along those lines, executives don’t have to worry about cannibalizing ticket sales either.

US-based streaming service FloSports is trialling a new social streaming feature via its mobile app that will generate fan noise to be used in-stadia based on users’ real-time interactions.

Users can use the new ‘Watch Party’ feature to view hand-picked live events together on the over-the-top (OTT) platform while in separate locations. It also has a live chat feature and other engagement tools, such as polls.

The digital cheer audio element is designed to produce crowd noise based on live reactions within the platform or, where deployed, in stadia.

Watch Party will also allow users to interact with athletes and earn redeemable rewards points that can be used within the FloSports platform.

Created in collaboration with LiveLike, a digital solutions company, Watch Party is currently being tested on iOS and Android platforms with content from across FloSports’ portfolio.

Videogame enthusiasts are using technologies such as live-streaming and virtual reality. They’re watching esports competitions while text-chatting with each other and commentators on the same screen, and strapping on VR goggles to socialize in virtual spaces with far-flung friends.

Now, traditional sports leagues are paying attention. Executives at tech companies say they are testing a range of gamer-inspired features for sports broadcasts. Some, such as live polls about what viewers think will happen in matches and the ability to toggle across camera angles, could roll out widely over the next several years. Others, like access to front-row stadium seats in VR, are poised to take longer because they depend on factors including faster internet speeds, cheaper hardware and deal-making among teams, leagues and media outlets.

Sports media and technology firm Deltatre has teamed up with US virtual reality company LiveLike to produce a joint solution for sports and entertainment clients, while it has also appointed Adam Nightingale as senior vice-president of commercial.

The solution will focus on social engagement and gamification around live content. Deltatre’s DIVA player and LiveLike’s community-focused feature-set will be used to create the solution.

LiveLike accepts the award for VR Startup of the Year on stage at the VR Awards 2017. View the full list of winners: https://awards.vrbound.com/

How to watch NCAA Football

Here is the teaser of our social feature allowing to hangout with 4 others fans and friends no matter where they are. Available on Fox Sports VR on iOS, Android and Samsung Gear VR

EPL 2030: Sergio Aguero in Your Lounge – Future of Football and Virtual Reality

Watch these soccer matches in VR – without the headset 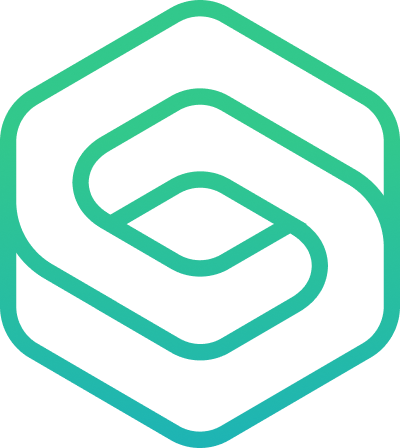 LiveLike is an audience engagement platform that allows broadcasters to transform streaming into fan-driven interactive experiences.